As part of our ETO at Home series, we thought to include the three parts of our unusual staging of 17th century music, produced and toured in 2018. None of these archive films of dress rehearsals were intended for a public - but in this year of silence in theatres the performers wanted us to share them with you.

The priest-composer Carissimi made a series of short musical dramas for his Roman audience, depicting scenes from the Bible in which humans wrestle with God. Jonas, or Jonah, which depicts the story of Jonah and the whale, is one of the finest, and in our production dancer/director Bernadette Iglich made a new piece of drama on this story with Carissimi’s sensuous music.

Available to stream for free on ETO at Home from 7.30pm on Friday 28 May 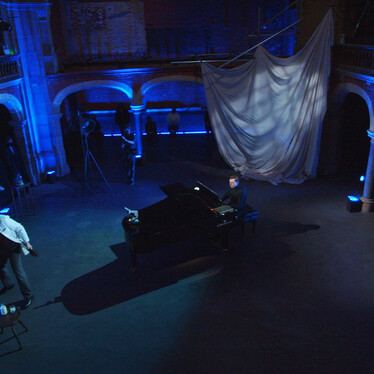