Sky Ingram studied most recently at the National Opera Studio in London and Guildhall School of Music & Drama.

Sky has performed concert repertoire in Australia, New York, Norway, and the UK, and has featured on ABC and BBC radio. She has won several music scholarships and competitions in Australia and the UK including an Opera Awards Foundation Bursary, Wingate Scholarship, 5MBS Young Performer of the Year and an ROSL Overseas Trophy. 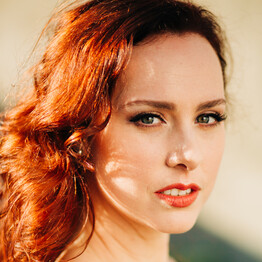