Richard is a graduate of the Royal Academy of Music’s Opera Course, where he performed the role of Tom Rakewell in Stravinsky’s ‘The Rake’s Progress’ . He is now supported by Opera Prelude.

Richard performed for English Touring Opera’s Covid-19 affected seasons, singing Britten’s ‘John Donne Sonnets’ after their production of Britten’s ‘Turn of the Screw’ was cancelled as and appeared in a number of their online broadcasts during lockdown, including a dystopian staging of Josquin’s madrigals on film. Previous appearances for ETO include productions of Mozart’s ‘Cosi fan tutte’ as Ferrando, Bach’s ‘St John’ and ‘St Matthew’ Passions and a triple bill including a mixture of Purcell, Carissimi and Gesualdo. He also travelled to Tokyo with ‘Diva Opera’ to perform as Pedrillo in their production of Mozart’s ‘Entführung aus dem Serail’.

Richard previously sang the High Priest in Mozart’s ‘Idomeneo’ for the Buxton International Festival and, working under Graham Vick, performed the role of the Sailor in Birmingham Opera Company’s production of Purcell’s ‘Dido and Aeneas’,

He has performed a number of roles over the years with Garsington Opera, including the Glassmaker in Britten’s ‘Death in Venice’ conducted by Steuart Bedford with Garsington Opera and Selimo in Rossini’s 'Maometto Secondo’. He has also performed the role of Count Almaviva in Rossini’s ‘The Barber of Seville’ as a young artist with Mid Wales Opera and the role of Nemorino in Donizetti’s ‘Elisir d’amore’ with Jackdaws OperaPLUS.

Richard originally studied Chemical Engineering at The University of Manchester, where he completed a PhD in the field of crystallisation. 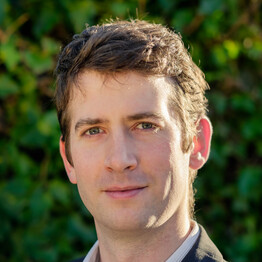