Lyric bass Trevor Eliot Bowes was born in Victoria, Canada and studied at the University of Toronto, the Banff Centre for the Arts and the Royal Scottish Academy of Music and Drama. He is a Britten-Pears Young Artist and an alumnus of Barbara Hannigan’s Equilibrium Young Artists programme.

In the current season engagements include CollineLa bohème in his debut with English Touring Opera; PolifemoAci, Galatea e Polifemo with the OAE at Queen Elizabeth Hall and in Malta; and he will also understudy HundingThe Valkyrie for English National Opera.

Concert appearances include Mozart Requiem with the Toronto Symphony Orchestra, conducted by Sir Andrew Davis; Handel Messiah for the London Handel Festival; Vaughan Williams Fantasia on Christmas Carols with the Orchestra of English National Opera under Martyn Brabbins; Bach Cantata 71 under Helmuth Rilling (Toronto International Bach Festival); the Thief in Grieg’s Peer Gynt (Royal Scottish National Orchestra); and Mendelssohn Elijah, Vaughan Williams Hodie and Handel Messiah in cities across Canada. He has made several appearances at the Aldeburgh Festival in The Rake’s Progress under Martyn Brabbins, King Arthur under Laurence Cummings and The Fairy Queen under Harry Bicket. In 2016 he recorded the role of Arimanes in Balfe’s Satanella for Naxos with Richard Bonynge and the Victorian Opera Orchestra. 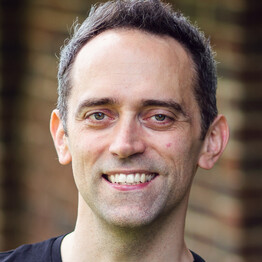