Tim has written the libretti for and directed numerous operas for young people, including Shackleton’s Cat, Silver Electra, Different and Waxwings. He has also devised many large-scale community operas for ETO, including One Day Two Dawns in Truro (winner RPS Award), and Zeppelin Dreams in Wolverhampton. Alongside the ETO production, Laika the Spacedog is also produced in 2019 by Nouvel Opera Fribourg, and performed next year at the Opera Comique in Paris. His association with Casa da Música in Porto continues with Écoute, a new piece in 2020. He was appointed MBE in the 2019 New Year Honours. 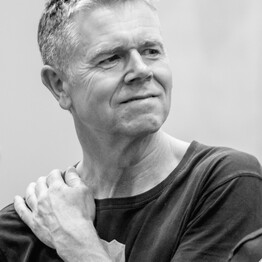