Russell Hepplewhite is becoming widely known for his operatic, musical theatre and choral music. He studied at Chetham's in Manchester, and then the RCM London as a scholar.

His ground-breaking operas commissioned by English Touring Opera for young audiences have been widely performed, and have won him much critical acclaim. These include Laika The Spacedog, Silver Electra, and Shackleton's Cat. Russell's many choral works are published by Banks Music Publications Oxford University Press and Stainer & Bell. He is the composer in residence with the Arcubus Ensemble and his first musical Moonfleet premiered at the Salisbury Playhouse in April 2018. Autumn 2019 saw opera premieres for Jubilee Opera and W11 Opera and an international production of Laika The Spacedog opened at the Nouvel Opera Switzerland. 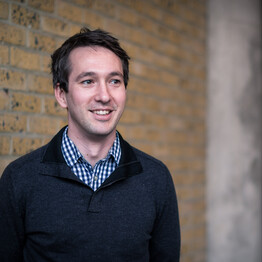