Rebecca began her career at Scottish Opera singing the title role of Carmen, where she was an Emerging Artist. Subsequently an Associate Artist at Welsh National Opera, she made her debut as Countess Geschwitz Lulu, also singing Anna Kennedy Maria Stuarda, Suzuki Madama Butterfly and Flora La traviata.

Concert highlights include Beethoven Symphony No.9, De Falla El Sombrero De Tres Picos and Mozart Requiem with the Royal Philharmonic Orchestra, Elgar The Deam of Gerontius for the RTÉ National Symphony Orchestra and Sea Pictures at the North Wales International Music Festival and the British premiere of Mendelssohn’s realisation of Handel’s Israel in Egypt at the Three Choirs Festival. She has been Artist in Residence at Presteigne Festival and her recording of Hugh Wood’s Beginnings on Resonus Classics for Presteigne Premieres was selected as a Sunday Times CD of the Week.

Rebecca also enjoys a close partnership with the Norwegian Wind Ensemble, with whom she has sung Bach Weihnachtsoratorium, Mozart Requiem and recorded Handel’s Messiah, conducted by David Hill. 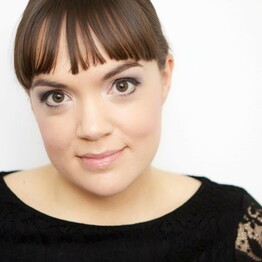