Michael began his career at the Vienna State Opera as a member of the music staff and assistant to Claudio Abbado. Having worked closely with many of the world’s greatest singers including Pavarotti, Domingo, Gruberova, Freni, Carreras, Alfredo Kraus, and Cappuccilli, he went on to conduct extensively throughout Germany; notably the opera houses in Kassel, Wiesbaden and the Nationaltheater, Mannheim, where he held the position of Kapellmeister. He has also conducted at the Royal Opera House, Covent Garden, for Kent Opera, ENO, and regularly at the International Festivals in Aldeburgh, Bath, Perth, Buxton and Montepulciano.

In concert Michael has conducted amongst others, the Staatsorchester, Rheinische Philharmonie, the Nationalorchester, Mannheim, the Staatsorchester, Wiesbaden, the Pforztheimer Kammerorchester, the Orchestra of Scottish Opera, the RTE Symphony Orchestra, the London Mozart Players, the BT Scottish Ensemble and the Aurora Orchestra. He has also worked extensively with leading period instrument ensemble ‘The London Handel Orchestra’ with which, as ‘Associate Conductor’, he introduced many rarely performed Handel operas to the London stage. He has broadcast for Radio France Musique, RTE Dublin and Süddeutsche Rundfunk. His recording of Lehar arias, with Grammy award winning tenor Alfie Boe and the Orchestra of Scottish Opera was recently re-released under the Decca record label.

Recent projects include mentoring Craig Revel Horwood through to winning the BBC Maestro at the Opera, filmed in association with the Royal Opera House, Covent Garden, to conducting a Bach’s St John Passion with the RTE Symphony Orchestra, Dublin. His most recent performances with ETOincluded Michael Tippett’s King Priam at the Royal Opera House, Covent Garden; a production which won the Olivier Award for ‘Outstanding Achievement in Opera’, 2014. 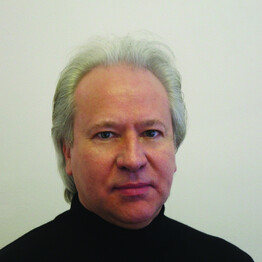