Matthew began his career in 2012 with Opera North, and for several years worked as an assistant director to numerous directors in both opera and musical theatre. He has since worked at English Touring Opera, Garsington Opera, Grange Park Opera, Opera Holland Park, Berlin Staatsoper and the Royal Opera House, as well as The Kings Head Theatre, Leeds Playhouse and the Edinburgh Fringe.

Matthew’s work as a director includes Trouble in Tahiti, which has since been shown on Sky Arts, and Street Scene, which toured with Opera North and is due to be revived for Theater Magdeburg, Matthew’s European debut. Matthew has also directed a number of musicals, including Fame, Parade, Footloose, Loserville and Legally Blonde. Most recently, Matthew collaborated with director Aletta Collins to create the Connecting Voices Festival at Leeds Playhouse, a response to the challenges of 2020.

Matthew has worked in numerous conservatoires and drama schools, including a number of years teaching acting at Italia Conti, as well as working with young singers at Guildhall School of Music and Drama, Royal Conservatoire of Scotland and Royal Birmingham Conservatoire. In addition, Matthew has led devising projects for young people, working with the Opera North Youth Chorus and British Youth Music Theatre to create new work. 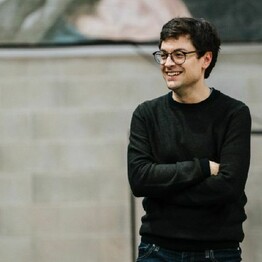