Jenny Stafford possesses a lyric soprano voice 'of immense beauty and a modern, pragmatic sincerity'. She is now firmly established as one of the brightest young talents on the UK opera stage. In March 2018, she made her major house debut, with Dutch National Opera, as Sarah in James MacMillan’s Clemency. Bachtrack.com praised how her ‘soprano soared in Sarah’s ecstatic music with dramatic intensity’.

In the UK, Jenny Stafford has appeared with: Bampton Classical Opera as Tisbé (Cendrillon) and as Eginia in (Gli sposi malcontenti); Bury Court Opera as Fiordiligi; Cadogan Hall as Vitellia; Grimeborn Festival as Alison (Wandering Scholar) and Sāvitri (Sāvitri); Heritage Opera as Donna Anna; Longborough Festival as Anina; Northern Aldborough Festival as Micaela; Opera North as Piper (The Pied Piper of Hamelin); the Vaults Festival (Old Vic) as Musetta; and Woodhouse Opera as Adina and Mimi.

In Spring 2020, she sang Despina in English Touring Opera’s production of Cosi fan tutte, as well as the soprano solo in their staging of St John Passion. She made a number of films for ETO during lockdown, all of which are available to view on our website.

In Summer 2021, she made a critically acclaimed role debut as Tatyana (Eugene Onegin) for West Green House Opera. 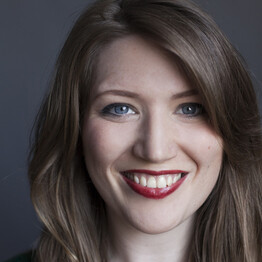