British countertenor James Hall performs alongside some of the world’s leading early music ensembles and opera companies, including the Academy of Ancient Music, the Orchestra of the Age of Enlightenment, the Philharmonia Orchestra, Il Pomo d’Oro, the Dunedin Consort, the Monteverdi Choir, La Nuova Musica, Deutsche Oper Berlin, Classical Opera, Glyndebourne Festival Opera, and the Royal Opera House, Covent Garden, and has recorded for Hyperion and Vivat. His debut recital disc with countertenor Iestyn Davies was nominated for a Gramophone Award in 2020.

This season James Hall sings HAMOR Jeptha in Bregenz, LICHAS Hercules Badisches Staatstheater Karlsruhe, roles in a new Robert Carsen production of Monteverdi's Ulisse for the Maggio Musicale and sings in numerous concerts with Collegium Vocale Ghent. Last season saw his first appearance with the Scottish Chamber Orchestra, and debuts at the Deutsche Oper Berlin as OBERON A Midsummer Night’s Dream as well as the Venice Biennale as THE BOY Written on Skin. In the UK he sang GOFFREDO in Glyndebourne on Tour’s Rinaldo, and a concert with Sir George Benjamin at the Royal Festival Hall. 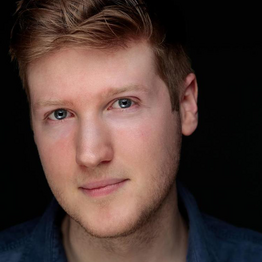