Glyn Maxwell is a poet, playwright, novelist, librettist and critic.

His volumes of poetry include The Breakage, Hide Now, andPluto, all of which were shortlisted for either the Forward or T. S. Eliot Prizes, and The Nerve, which won the Geoffrey Faber Memorial Prize. His Selected Poems, One Thousand Nights and Counting, was published on both sides of the Atlantic in 2011. He has a long association with Derek Walcott, who taught him in Boston in the late 1980s, and whose Selected Poems he edited in 2014.

On Poetry, a guidebook for the general reader, was published by Oberon in 2012. The Spectator called it ‘a modern classic’ and The Guardian’s Adam Newey described it as ‘the best book about poetry I’ve ever read.’ Drinks With Dead Poets, which is both an expansion of On Poetry and a novel in itself, will be published by Oberon in September 2016.

Many of Maxwell’s plays have been staged in London and New York, including Liberty at Shakespeare’s Globe, and at the Almeida, Arcola, RADA and Southwark Playhouse. For the Grosvenor Park Open Air Theatre in Chester, the UK’s premier outdoor venue outside of London, he has adapted Cyrano De Bergerac and Wind in the Willows.

His opera libretti include The Firework Maker’s Daughter (composer David Bruce) which was shortlisted for ‘Best New Opera’ at the Oliviers in 2014, Seven Angels (Luke Bedford) and The Lion’s Face (Elena Langer). These were staged at the Royal Opera House and toured the UK. In 2016 Nothing (composer David Bruce) was staged at Glyndebourne. He is currently adapting The Magic Flute for Opera UpClose. 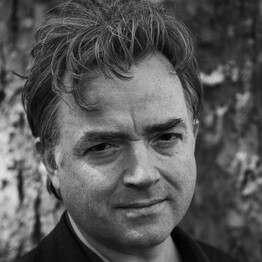