British Mezzo Soprano Ellie Edmonds trained at Chetham’s School of Music, Birmingham Conservatoire with Christine Cairns, and later with Dennis O’Neill at his school, The Welsh International Academy of Voice.

Ellie made her Royal Opera House debut in the role of Victorian in Opera Holland Park’s ‘Alice’s Adventures in wonderland’(Todd), which was performed at the Linbury Studio in November 2015.Since then she has featured as an ROH Artist in various workshops and performance settings including Engender, Light bulb Theatre Company and Graeae Theatre Company.Operatic roles; Puck Trouser Power (Bradley) ROH and cover in The Lost Thing (Maxwell) Linbury.

Ellie participates in regular outreach work including performing for OHP’s Inspire programme, chorus mentoring for Birmingham Opera Chorus, teaching as an associate for West Sussex Music Service and volunteers for The Choir with no name, Brighton.

As well as her exciting upcoming work with ETO this year, Ellie is looking forward to the role of Mercédès in Opera Holland Park’s new production of Carmen this summer, and Hänsel in Hänsel und Gretel for OperaEd’s school workshops in the Spring.

(Farrington) & Wee-Why-One/Nexy, Back into the World (Groves) 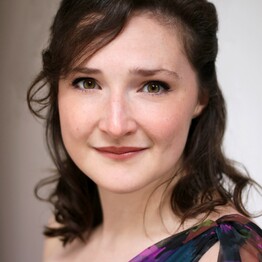