Elena Langer’s colourful, dramatic, appealing and often humorous music has become increasingly familiar to audiences through her pieces, operatic, vocal and orchestral. Her 2016 hit for Welsh National Opera, Figaro Gets a Divorce, was described by Rupert Christiansen in the Daily Telegraph as “that rare thing: a modern opera that exerts an immediate emotional impact”. Her WNO follow-up, the 2018 vaudeville Rhondda Rips It Up! was wildly popular with audiences across the UK; The Times calling it “bursting with irreverent joy”.

Elena is currently working on an opera based on Nikolai Erdman’s play The Suicide, to be performed at the Stanislavsky Theatre in 2022. 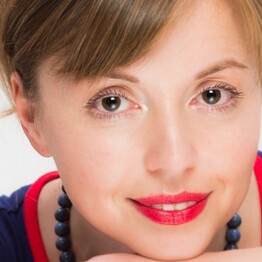