Brothers Mark and Clive (of Woo Music) have been recording since the mid seventies. They combine acoustic instruments, mainly guitars and clarinets, with electronics in ways that often leave the listener wondering how the music was created. Their sound is unique, but has been described as pastoral, ambient and new age, simultaneously Caribbean, Balkan, Parisian, jazz with psychedelic improvisations, and as ‘pop music for another universe’. Woo Music have re-released five albums of their early work within the past five years, receiving world wide recognition for their recordings from the 70s and 80s. The commission to write music for the Waxwings opera is their first collaboration with English Touring Opera. 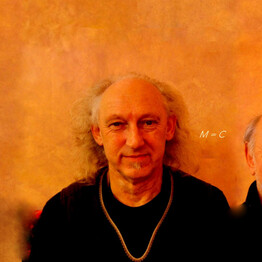