Christopher spent four years at Trinity College, Cambridge, completing both a BA in Music and Musicology and a MusB in Piano Accompaniment with a thesis on the music of James MacMillan. After various operatic roles in Europe and Japan as a treble with the Britten-Pears School and Transparent-Opera, he played the cello in the National Youth Orchestra. Conducted opera productions include, with the Cambridge University Opera Society, Britten's The Turn of the Screw, Debussy's Pelléas et Mélisande, Stravinsky's The Rake's Progress, Walton's The Bear, along with Mozart's Der Schauspieldirektor and new operas by Joel Rust and Kate Whitley. Last summer he conducted performances of Britten's Albert Herring on a tour with Shadwell Opera, ending at Opera Holland Park. With the Cambridge University Music Society and Symphony Orchestra he has conducted Mahler's Fourth, Brahms's First, and Sibelius's Fifth and Seventh Symphonies. In 2008 he formed The Kallion Ensemble, an orchestra with a focus on smaller scale twentieth-century repertoire. Since graduating he has assisted John Gibbons (OperaUpClose), Sir Richard Armstrong (ENO), Sian Edwards (SNO) and Julian Black (Ardente Opera). He has been MD for Bizet’s Carmen and Puccini’s La Fanciulla del West for OperaUpClose and is currently working with the composer Robert Saxton on a reduction for piano of his opera Caritas that Christopher will lead from the piano for OperaUpClose in the Autumn. He is also working towards performances of Britten’s The Rape of Lucretia with director Jack Furness and Martin’s Le Vin Herbe with Rosalind Parker for this summer.

Christopher conducts for BOLD TENDENCIES, a project based in a Peckham car park. Last summer he conducted a free performance of The Rite of Spring to 1400 people in the car park, to be followed up this year by Adam’s Harmonielehre. He also conducts for Gabriel Prokofiev’s classical music clubnight organisation NONCLASSICAL, for whom performances include Penderecki’s Threnody to the Victims of Hiroshima and Ligeti’s Lux Aeterna. Christopher is on the Milton Keynes CO Conductors' Development Programme and will be studying with Martyn Brabbins at the Orkney Conductor’s Course this June. He studies privately with Peter Stark and Toby Purser and has participated in masterclasses with Sir Roger Norrington and Sir Mark Elder. Christopher was a choral scholar at Trinity College, Cambridge and sings at St. Peter’s Eaton Square and with various other professional choirs in London. 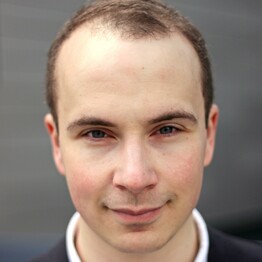