Christopher read Music at the University of Hull before studying with Barabara Robotham at RNCM and at National Opera Studio.

He made his professional debut in Die Fledermaus (Scottish Opera) before joining the Young Artists Programme (ENO) where his roles included: Robert Wilson Doctor Atomic, First Armed Man/First Priest The Magic Flute, Beppe Pagliacci, Simpleton Boris Godunov. Since leaving ENO, he has sung many leading roles in the UK and Europe. 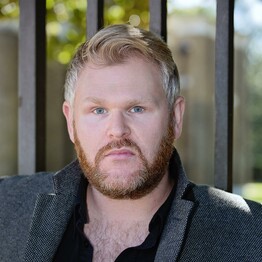