Aimee Louise Bevan trained in Dance at Kingston University and Musical Theatre at Associated Studios. Since graduation she has been working as an actor, puppeteer and movement director.

In 2020, Aimee was part of Little Angel Theatre's Puppetry and Facilitation Intensive which not only helped hone her puppetry skills but also led to the creation of Speaks of Rivers -a black female-led physical theatre company creating new work for young audiences. With Speaks of Rivers she co-created and performed in The Fourteenth Stop. 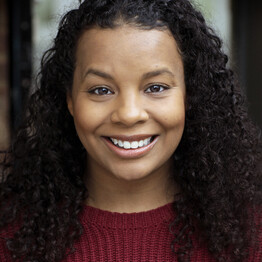