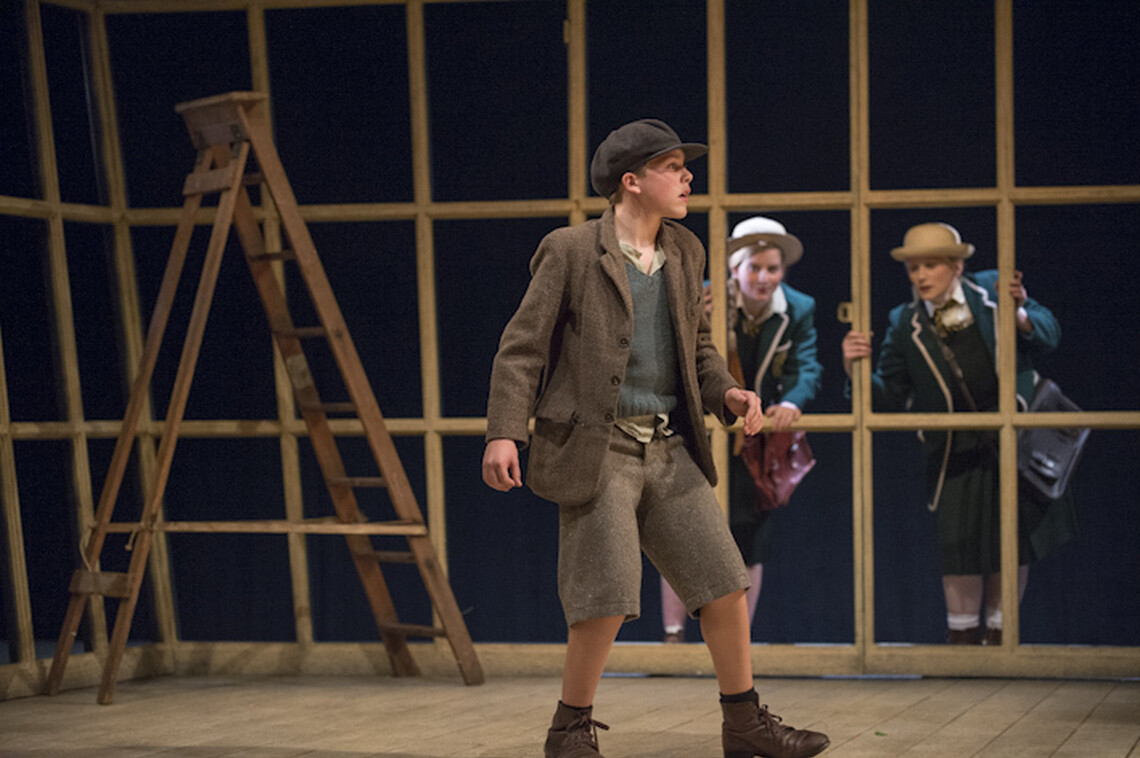 Our spring production of La bohème will see us working with children local to each of the 14 venues on tour. We have a long history of working with young performers, many of whom have never been in (or even seen!) an opera before. We recently sat down with Benedict Munden, who sang with us in one of our 2012 productions, to find out about his experience as a young performer with English Touring Opera and what he has been up to since!

(Q) Hi Ben! So, what was the ETO production you were in, and who did you play?

(A) I played the part of a mischievous schoolboy called Harry in the 2012 production of Albert Herring starring Mark Wilde.

(Q) Amazing! And how much singing and acting had you done prior to taking part?

I did a bit of acting at school, in plays like Hamlet, The Sound of Music, and Fiddler on the Roof. We did a lot of singing too, which was a mix of hymns and Flanders & Swan songs… a bit old-school but a ton of fun.

(Q) Sounds like quite a mix! So, what was the audition process you had to go through to be in Albert Herring?

I remember going to an upstairs room in a huge piano shop in central London with my mum, where I think I sang ‘If I were a rich man’ from Fiddler in front of Christopher Rolls (the director). He asked me to try a cockney accent (which I’m sure must have been painfully tongue-in-cheek), and also to channel my inner Artful Dodger in a kind of role-play scene. It was a lot of fun, and all over much too quickly.

It was amazing. I was in about five scenes in total, so for the much of the opera I got to watch from the wings; seeing the drama unfold and slowly starting to understand the sound world of Britten’s music, the likes of which I’d never heard before. The rehearsal process was very different from a school play. As I lived in London, I was chosen from a few other Harrys to work out the blocking with Chris in the first few weeks of the production. He made me feel like all my ideas were important and gave me huge scope to improvise and make suggestions, which I think I loved, and I’m sure he regretted at some point or another. It was a huge privilege.

(Q) That sounds like fun! So how many shows did you do? Did you just do the one venue, or did you travel around?

I got to do a couple of London performances in Covent Garden, and one in Snape Maltings - which was special since it’s the home of Benjamin Britten.

(Q) And had you seen an opera before being in one?

My parents took me to see Mozart’s Magic Flute a few years before that, as I’d sung one of Papageno’s songs at school. So, yes!

(Q) Oh cool! And what have you been doing since? Are you still involved in music and drama?

Lots of singing! I sang with National Youth Choir for a long time, and have carried on having singing lessons. I’m in my final year at Durham University studying Music and sing with a bunch of ensembles as well as conducting the chamber choir last year. I currently sing with The Samling Institute based at The Sage Gateshead, which is a young opera academy.

(Q) Wow, that is a lot! Do you think your experience with ETO had any impact on this?

It’s easy to romanticise childhood experiences, but seeing all those fabulous actors and actresses singing their hearts out, being paid to do so, and then seeing the effect it had on people in the audience made a huge impact on me.

(Q) Aw, we're glad to hear it! And finally, what are your ambitions for the future?

I’d like to be a performer, whether that be in opera, song, dance, conducting, or just anywhere there’s an audience!