Puccini’s La bohème is a story of young love, opening on Christmas Eve in a Parisian garret, where two lovers meet on a snowy night. Told with the most memorable music, from ‘Che gelida manina’ to the shattering brass chords announcing Mimi’s death, it is a classic tale of romance, friendship and mortality that captures the poetry and poverty of 19th century Paris.

ETO's much-praised 2015 production, in period dress and with poetic designs, sung in Italian, promises to break every heart and breathe joy into the spirit of everyone who has ever wanted love.

Act I: Christmas Eve, a garret

The painter Marcello and poet Rodolfo try to keep warm by burning pages from Rodolfo's latest drama. They are joined by Colline, a philosopher, and Schaunard, a musician who has come into money and brings provisions. The landlord arrives to collect the rent. Plying him with wine, they urge him to tell of his flirtations, and then throw him out in mock moral indignation. Everyone except Rodolfo goes to the Café Momus. His writing interrupted by a neighbour, Mimì, who is feeling ill. She loses her key, and the two search for it in the dark. When Rodolfo touches her hand he feels how cold she is. They are drawn to each other as he tells her of his life, and she hers. She asks to join his friends at the café.

Rodolfo introduces Mimì to his friends. Marcello's former lover, Musetta, arrives with her new protector. She tries to make Marcello jealous by describing the effect of her allure on other men. Musetta sends her wealthy companion on a fictitious errand and then falls into Marcello's arms. As the army approaches in the streets, the friends leave the bill to be paid by Musetta's discarded suitor on his return.

Marcello has accepted a painting job at a bar where Musetta entertains. Mimì arrives looking for Marcello and describes Rodolfo's jealousy. She has decided that they should part. Rodolfo emerges from the bar and Mimì hides; Marcello thinks she has left. Rodolfo tells Marcello he wants to leave Mimì. After complaining of her disloyalty he admits the real reason for his decision: she is dying of tuberculosis, and Rodolfo feels that her only chance of survival is to leave him and find shelter with a wealthy patron. Mimì reveals herself, and Rodolfo tries vainly to unsay what he has admitted. Musetta quarrels bitterly with Marcello. Mimì and Rodolfo decide to stay together until spring arrives.

Act IV: In spring, at the garret

Rodolfo and Marcello are dissatisfied and uninspired: Mimì and Musetta have left them and they feel their idealistic youth is over. Colline and Schaunard arrive with a meagre meal, and all four feel the need for a last burst of “bohemian” frivolity.

Musetta bursts in, saying Mimì is on the stairs, too weak to climb up. Mimì has begged Musetta to take her to Rodolfo to die. While Mimì is made comfortable, Marcello goes with Musetta to sell her valuables for medicine, and Colline leaves to pawn his coat. Mimì and Rodolfo recall their first days together. The friends return. Mimì dies quietly. 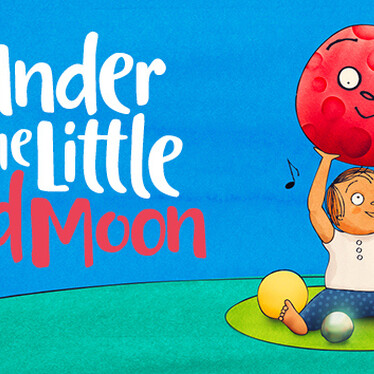 Under the Little Red Moon 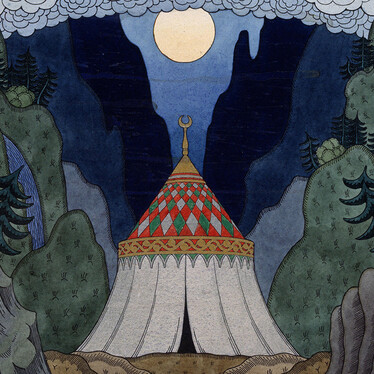 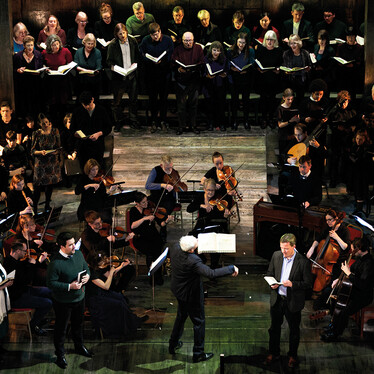