English Touring Opera returns to the stage with magic for lovers of all ages.

Handel’s opera Amadigi is one of his finest, though rarely performed. Based on a chivalric romance about three young people imprisoned by a sorceress, Handel’s version is brimming with youthful vigour, humour and tears. The miracle is that Handel, a secretive bachelor, could so vividly depict the delirious highs and savage lows to which love can reduce us all. The cast stars William Towers and Tim Morgan in the title role and sopranos Francesca Chiejina and Jenny Stafford as the sorceress Melissa, and also features Rebecca Afonwy-Jones as Amadigi's companion Dardano and Harriet Eyley as Oriana, daughter of the King of the Fortunate Isles.

This new production with ETO’s period orchestra partner, the Old Street Band, is conducted by Jonathan Peter Kenny, directed by James Conway, and designed by Neil Irish with Rory Beaton and Harry Pizzey.

During our 2021 digital season, we filmed seven of our favourite arias from Amadigi for a week-long focus on the opera. Together with discussions from ETO artists and expert Handelians, Focus on Amadigi captured the Old Street Band and selected soloists performing in the spectacular Stone Nest in London’s West End.

Watch for free on ETO at Home

Original Italian with titles based on Handel's "word book"

We have made significant amendments to our rehearsal protocol to keep this show as Covid-safe as possible. Our cast and crew are self-testing on a regular basis, and all office staff, technical staff and visitors to the rehearsal room are following the same procedures. For detailed information on what tour venues are doing to help keep you safe, please see their individual websites.

Amadigi, a famous hero, is in love with Oriana, but they are separately detained by the enchantress Melissa.

Amadigi proposes to his ally Dardano that they should escape by night from the domain of Melissa. When Dardano reproaches Amadigi for not having the sense to return the affection of Melissa, Amadigi shows him Oriana’s portrait. Dardano is shocked, for it is the picture of the woman he too loves; embittered, he goes off to warn Melissa of the planned escape. Amadigi begs the Night to help his plan, but he is thwarted by Melissa. She threatens him, but he is undaunted; alone, she confesses that she cannot kill the man she loves.

Amadigi confronts the porch of flames blocking the tower in which Oriana is held captive. Dardano reads an inscription which states that only the most valiant may pass. He admits that he is now Amadigi’s deadly rival. Amadigi dismisses him, and passes unharmed through the flames, while Dardano cannot. He again goes off to seek Melissa’s help.

Oriana and Amadigi are joyously reunited, but their escape is foiled. Oriana is again imprisoned, and Amadigi is locked in grief.

The captive Amadigi has a vision of the Fountain of True Love, “whose waters faithful lovers undeceive”. He is horrified to see there the image of Oriana caressing Dardano, and he faints. Melissa, who has engineered the illusion, has Oriana brought on. Believing Amadigi dead, Oriana is about to kill herself; Amadigi wakes, denounces her faithlessness, and she departs in anger. Melissa stops the hero from killing himself and urges him to accept her love in consolation. He rejects her and scorns her power.

Melissa then magically gives Dardano the appearance of Amadigi, and Oriana is seduced by him – witnessed by a confined Amadigi. Dardano’s joy is intense, but brief – when he pursues the real Amadigi in order to kill him, he himself is slain. Furious that her plans have failed, Melissa reveals her deception to a defiant Oriana, and threatens her with hellfire.

Melissa’s passion grows stronger as it is spurned. Imprisoned, Oriana and Amadigi are resigned to die, but each pleads with Melissa to spare the other. Melissa only tries to find new ways of inflicting pain on them. She summons the ghost of Dardano from Hell; instead of assisting in her revenge, the sad ghost proclaims that the lovers will be protected by the gods.

Attempting to murder Oriana, Melissa finds herself stopped. Her own illusionist powers are turned against her. In despair, Melissa wounds herself, and dies – still looking for a kind word from Amadigi. The fortunate lovers triumph, blessed by the child-god, Love. 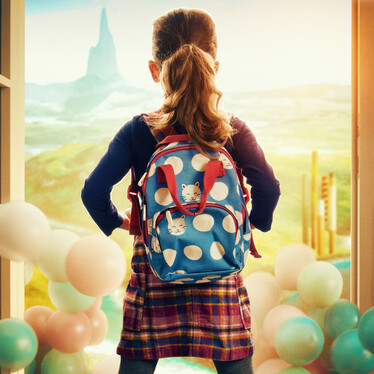 Back into the World

Composed by Alex Groves and written by Rebecca Hanbury

Summary: A brand new opera helping children face the many challenges they've experienced during lockdowns through the power of music and teamwork